It’s not just individuals choosing to make a political statement these days. The list of brands stepping forward to voice their concerns over President Trump’s 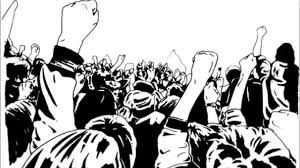 policies is growing (we can assume some will show support but I have not seen these yet). The act of creative protest is being seen by many brands as an opportunity to take a stand for what they believe in and share their identity with the world. But is a political protest the right place for brands? Is it genuine or opportunistic? And from an economic standpoint, is it wise?

As with everything like this, the answer is complex, but it comes down to internal branding, culture and employee engagement. These tech firms issued statements to reassure their own people that they care and are taking action. That internal action then flows through to an external brand perception and consumers see the brands they use and buy doing something that resonates.

In my humble opinion, brands don’t really have a choice in whether to be involved in protest now. Nearly everything is politicized in the current environment.  And as people are increasingly buying things based on what aligns with their own social values, it’s almost impossible to remain on the sidelines.

A brand can get involved in politics, but it’s a risk since people care deeply about social and political issues. Brands can make it seem like they’re taking the issue lightly. They can portray to great a sense of gravitas. That runs the risk of a brand appearing like it’s seeking attention rather than making a firm commitment to a set of values. So, when venturing into a politically-charged branding effort, campaign, etc., you’ve got to judge the climate and how the brand’s involvement will be taken, both by its most ardent supports and its detractors. Brands will get dragged into political debates, whether they like it or not, so it’s wise to get in touch with the audience, understand what matters to them, and be on the firm ground with their support. So long as it’s done from a place of authenticity, it will work.

Consumers are increasingly buying into the ethics and points of views of brands and the organizations that produce them which means there is a role for brands in political milieu. It’s wrapped up in marketing and brands with purpose. Add to this that social media has required brands to be current and conversational, and the conversation of the moment is the tectonic changes in politics, media and society.

However, not all brands should be diving into the political fray. Using something as sensitive and incendiary as the now infamous “alternative facts” comments of the administration to sell products won’t go down well in some camps. Not all brands will have permission to do so. Like it or not, history and audience affiliation shape what a brand can realistically do. If a brand belittles or trivializes something important, then that is a mistake.  But if there is a connection to the cause in some way, like Tecate’s obvious association with both Mexico and a segment of the US population that is increasingly welcoming of other cultures, then protesting the wall can amplify the protest sentiment of their target audience and build its value and connection.

In the end the best brands, those we feel a deep connection to, are those that stand for something. They are the ones that people are attracted to (or avoid). They have meaning in the broader cultural dialogue. For better or for worse, brands are stepping up and become symbols that drive beliefs – and actions. People seek out brands who fight for the things they care about. Getting it right and capturing your share of cultural relevance is simply the way of things in a politically charged world.

Take an ex-chef who’s now a full-fledge anthropologist and set him free to conduct qualitative research, ethnography, brand positioning, strategy and sociolinguistics studies and you have Gavin. He is committed to understand design and business problems by looking at them through an anthropological lens. He believes deeply in turning research findings into actionable results that provide solid business strategies and design ideas. It's not an insight until you do something with it. With over 18 years of experience in strategy, research, and communications, he has done research worldwide for a diverse set of clients within retail, legal, banking, automotive, telecommunications, health care and consumer products industries. View more posts